Why one of my missions is to make products in Yiddish. 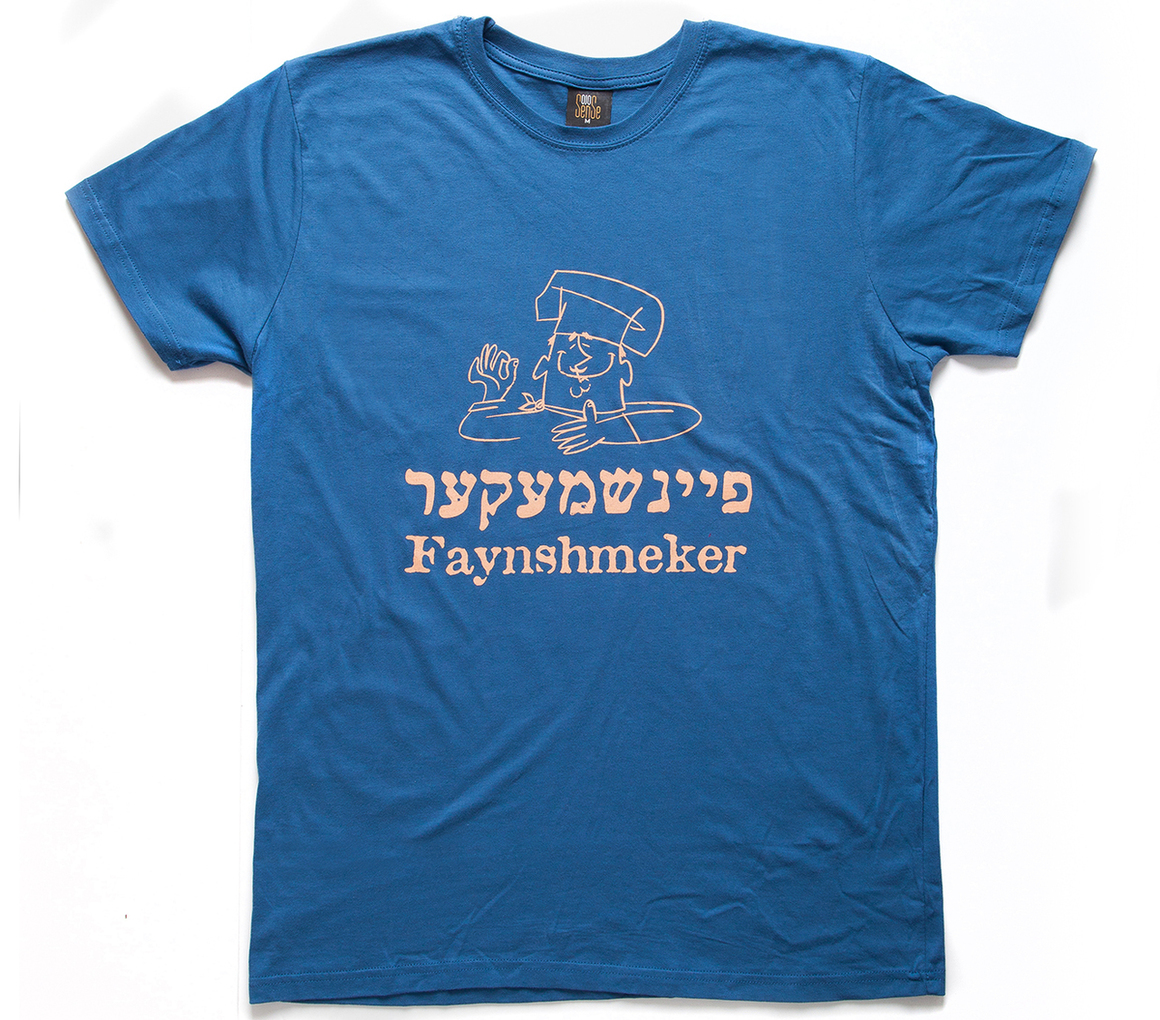 Whenever I make or sell a product with Yiddish on it, I think of my father Karl Oser (Tenenberg).

He came from a small town in Poland called Bendin, south of Krakow. I understand that half the town was Jewish. Naturally they spoke Yiddish, after the horrors of the death camps and the war, my parents migrated to Sydney Australia.

I spoke Yiddish with my Father and Hungarian to my mother. My mother was of Sepharidc extraction and she spoke Ladino in her family. She did not speak Yiddish. My parent spoke German to each other.

My Father had a business – blue printing, duplicating architectural drawings. He was a great salesman despite the fact that his English was not fluent. I loved going on business trips with him to the country side and just listening to him doing his selling thing.

The shtetle lived in side him despite all the earthly worldly trappings, a boy from a polish small village.

The expressions I heard at home, are what I have put onto a range of products. He used to say to me “du bist a Sheine meidele”, you’re a nice good girl, sometime he would also call me a wild animal. He would often say “es a bissel”, and if you can’t have what you like then like what you have. I have collected other expressions that I don’t recall him saying but I know he would like an appreciate. 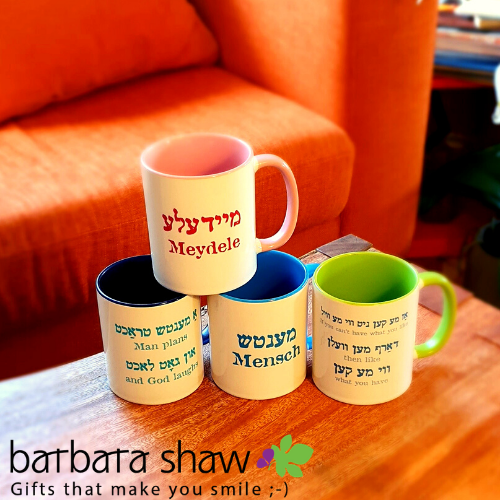 In a very small and modest way, it’s a way for me to carry on his heritage and the heritage of a world that is no longer there. I think MY father would appreciate me making some money on these expressions. If he knew they were sold at the Jewish Museum in New York and Berlin among other places he would laugh I’m sure.

Yiddish is a language so close to my heart. My Mother Rella Oser Z’L would say the more languages you know the more people you are. And while I may not be fluent In Yiddish it is the basis of my being in my Kishkes, the inner most part of me.

Recently I finished watching Shtisel, a wonderful series with a huge Facebook following to my amazement. I enjoyed being able to understand almost every word they spoke in Yiddish. I know my father would have enjoyed the series as well. And in seeing it I felt in a way that my father was brought into this world again and perhaps would have even laughed.