My husband David Lachlan Shaw Z'L had decided to learn Hebrew (while he had many talents language learning was not one of the them) His teacher invited the class and partners to watch a tape of the Independence Day celebrations. I recall being so moved while watching a small TV set, as I recall a black and white version, very old fashion set,  that I decided there and then we must come on Aliya. And so we did, just a few weeks later. The small screen transported me to another world, that I felt I must bring my children up in.  And while for ever grateful that Australia took in my parents after the war. I always felt it was a place I was passing through.

So happy 72nd birthday Israel! You are now more than four score years. Can we say a significant baby boomer? This year will be different. No going outside for picnics with the family, no going to the friends and to the parks, no outside Bar be ques, or celebrations at Mount Herzl. It will be a more low key affair. 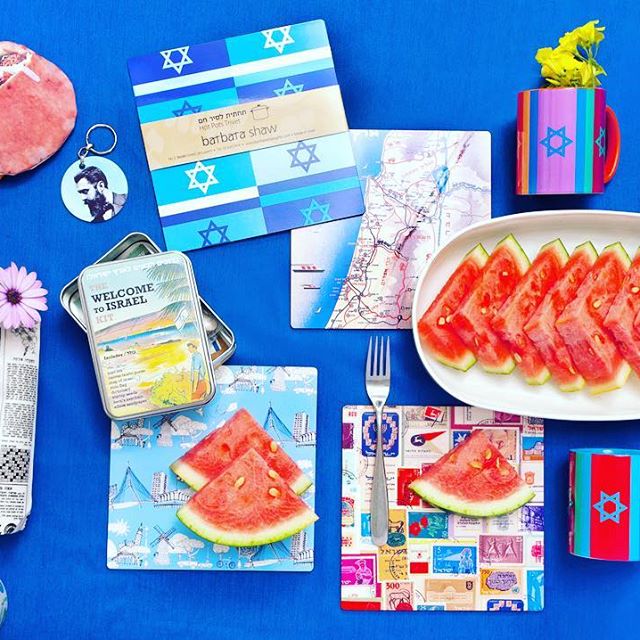 But perhaps the essence of the day is not in the outward show but rather that inner satisfaction that against all odds the country is 72 years young. We continue to face massive challenges head on.

The most recent being of course Corona. Last night Bibi Neanyahu was one of seven leaders around the world who had most successfully tackled the Corona virus. While we are still in the throes of the epidemic it appears our fabulous medical and nursing teams have managed to keep the numbers relatively low. Even though we mourn each life lost.

I recall various Independence days. While I was still at school in Moriah College in Sydney. I clearly recall the 16th anniversary and shaping the numbers out of flags and learning Israeli dances.

I also recall the 1973 with the last military parade that proudly wound its way through the main streets of Jerusalem.

We came on Aliya In 1986. In the first few years of our arrival on Aliya we used to go to down with children in strollers, enjoying the hustle bustle, the plastic hammers and pretend snow, the stages with artists singing and dancing. I felt I was part of something so alive and so mine. I felt ecstatic.

This year it will be different I will be at home alone. I think I will treat myself to a steak, and put out the flag. And bless this complex land, and for one day not worry too much about the problems of the world